Call of the Wild
Contributed by Anabel, Tula, and Jodi

On Dec. 3, several of the oldest students attended a performance of Jack London’s Call of the Wild at Tennessee Performing Arts Center. Jack London was an American novelist, journalist, and social activist who, in his day, was more popular internationally than Mark Twain. He was an independent naturalist who believed in the laws of Darwin. The play was performed by one man telling the story with pictures behind him that moved the narrative along and added to the story. Call of the Wild is one of the first stories by an American author which was written from the perspective of the animal who is the main character. Students read the book and saw the one-man performance in preparation for the work that they will be doing during science as they study naturalists during the late nineteenth and early twentieth centuries. 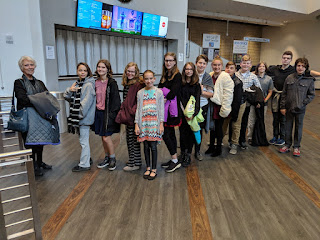 On November 9th, Abintra was visited by neuropathologist Hannah Harmsen. Hannah is a resident at Vanderbilt University. She gave a slideshow presentation about her work to the US1 and US2 classes. She told us that a neuropathologist looks at specimens and provides a diagnosis depending on what she sees. She talked about the parts of cells and showed some of the different kinds of cells she examines in her office. (The photos below are her office and a wart.) 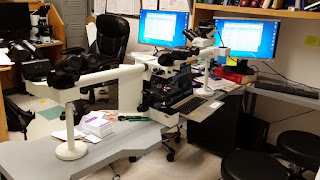 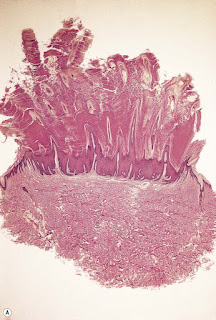 The Solstice play is a tradition at Abintra. It has always been performed by students who are in their second year in the Upper School 2 classroom. Before the play begins, a candle is lit by the oldest student. The play is a way to teach the Abintra community about what the winter solstice is and all of the different traditions that are celebrated at this time. All students and guides are invited to watch the play in the US2 building. It is a lesson about how the days are getting shorter and colder in the northern hemisphere and the nights are getting longer. Before we had science to explain why this happens, humans used to think that the sun was going to go away completely so they performed rituals to plead with the sun to not go. Later, different cultures and religions used the time to gather and celebrate. When the play is over, Don and Molly Henry lead the singing of a song they co-wrote, "When the Solstice Comes," and then the candle is blown out by the student who has been at Abintra the longest.

Library Update
by Olive and Alia

Upper School students Alia, Olive, and Hazel are working together to update the fiction library. They are looking for books that challenge the brain, build vocabulary, and improve writing conventions. First, they receive book recommendations from their classmates; once they receive them, they read sample parts of the book and check with Common Sense Media for student and parent reviews. After that, they are recommended to students and might be added to the library by finding them at McKays or purchasing them. Once they are added a recommendation can be added to the recommendation binder. They can then be enjoyed for many years to come.

My Experience at Maria Asunción’s Naturalization Ceremony
by Alia

I went to the Naturalization Ceremony on November 16th at 9:15 am with three of my classmates, as well as Sherry, Jonell, and Carmen to see Maria Asunción become an American citizen at the Estes Kefauver Federal Building. The students who accompanied Maria Asunción had helped her study for the citizenship test. When we arrived, we had to go through security, much like at the airport. Then we took an elevator to the eighth floor, where we waited in a long line to enter the courtroom. There were 32 nationalities represented by the 60 people who were naturalized and 17 also changed their names. Judge Barbara Holmes gave a very inspirational speech in which she encouraged the new citizens to register to vote. Maria Asuncion had to "renounce and abjure allegiance and fidelity to any foreign prince, potentate, state or sovereignty." She also had to "promise to support and defend the Constitution and laws of the United States of America against all enemies, foreign and domestic." 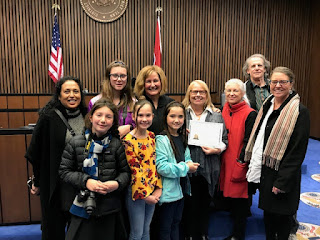