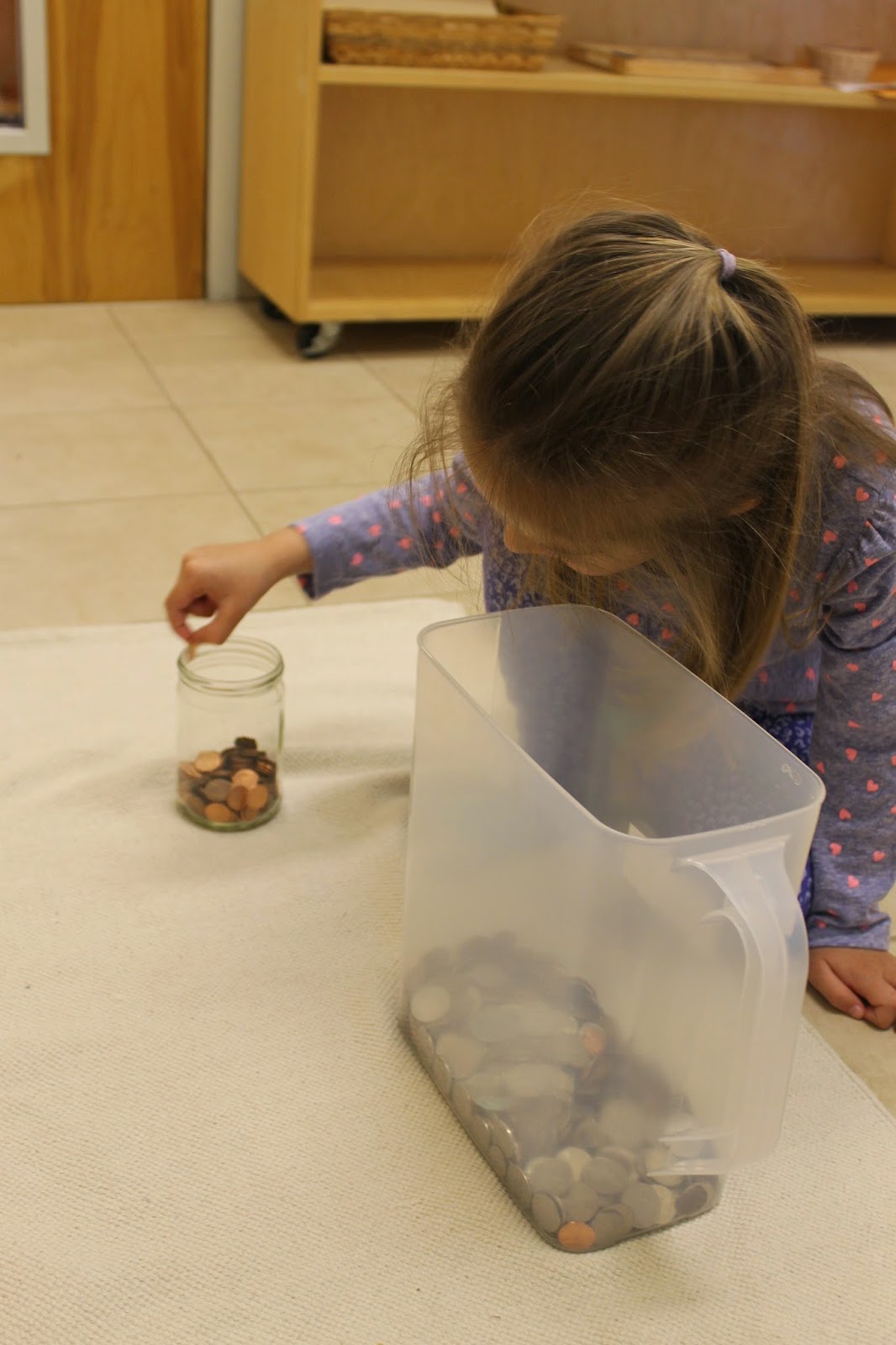 The Sylvie Stewart Coin Drive has been taking place during the month of April at Abintra. Students are encouraged to bring in loose change to support the Tuition Assistance Fund. Each classroom has a collection jar so students can see the coins collected.

This fundraiser was created by former student Will Stewart in memory of his sister, Sylvie, an Early Childhood student who passed away from brain cancer in 2000. The guides have shared the Sylvie Stewart story with each classroom in an age-appropriate way so the children understand what their coins support. Early Childhood students have  received lessons on counting money and have been involved in the process of keeping up with their totals.
We appreciate those of you who have contributed to the coin drive thus far. The drive runs through August 22, so there is still time to participate!