December 21, 2017
In Upper Elementary, we work hard! We also acknowledge that we haven't shared enough details about our science and math work. In the new year, you will be getting frequent blog updates!

This week, fractions and decimals have been the focus of lessons for all math groups, and several students are also working on calculating percentages. These lessons truly support the work that is done in science lessons and on the farm. For example, students must be able to round the atomic mass of an element from a decimal number to the nearest whole number in order to figure out how many neutrons (represented by marbles) to place inside the nucleus of their atomic model. One young scientist used percentages to estimate the amount of paint that covered her paper in a marbling experiment comparing olive oil, sesame oil, and vinegar. She discovered that the blue paint covered her paper about 93% when it was dropped in vinegar, but only about 3% when it was dropped in sesame oil! 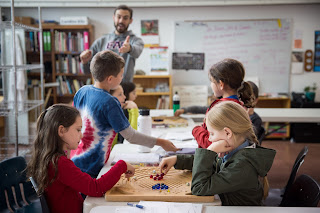 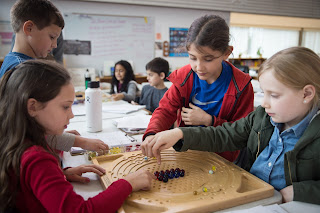 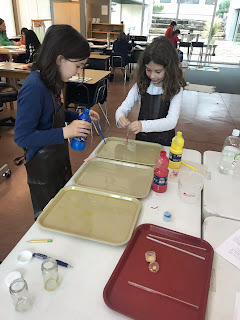 Some of the students are measuring the square footage of the impervious land area around school to figure out our impact on stormwater drainage. Recently, the school’s water bill rates increased by $200 per month following a reassessment of our impervious square footage. Because we have a good amount of pervious surfaces on our campus, including our lower parking lots, we feel we may be eligible for a review from Nashville Water Services. We are using good ol' tape measures to argue our case for a reduction in our monthly rates. 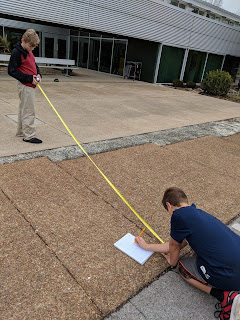 Students studying Ancient culture are currently learning about the New Kingdom of Egypt; those studying the Medieval period explored aboriginals of Australia and New Zealand. Early Modern history students are beginning a study of American history before 1750 and world events that helped shape it. The Big History Project group is looking at complexities and thresholds of the Big Bang, tying together science and history with the laws of thermodynamics and the effects of entropy. Heading into January, all students have chosen (or will be choosing) a topic for independent research from their area of study. 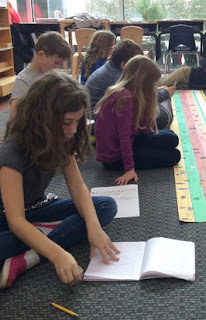 In science, students have been using forensic chemistry to solve a mysterious event that purportedly occurred on campus in November. According to Garrett, Larry reported that a trash can was found burning near the playground after everyone had left for the day. Garrett said that he collected evidence from the scene for students to help him solve the crime, and that many of the adults on campus were suspect. Together, Garrett and students analyzed “mystery powders,” used ink chromatography to analyze pens collected from several suspects, and have tested soils collected from the suspects’ homes. Along the way, Garrett has given lessons on the periodic table, parts of atoms, chemical reactions, and acids and bases in his search for answers to this mysterious event. When we return to school in January, there will be a court trial and a conviction. 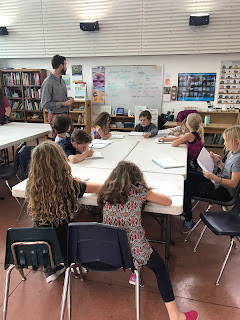 We have several student submissions to a research and design competition from the International Conference for Interaction Design and Children (IDC). The challenge was to come up with ideas to help different groups of children understand each other better, celebrate differences, and get along without misunderstandings or fighting.

We wish to pass along our gratitude to every family in our upper school community. We are thankful for the privilege of working with your children, and we look forward to achieving many successes and joys together with you in the coming year. We especially want to thank the students and families who volunteered to help care for our chickens at Emerson Farm over winter break. There will be more opportunities for chicken (and sheep!) care during our spring and summer breaks so that more families can be involved.

Have a restful and joyous winter break. We will see you in 2018!
Upper Elementary